there are a lot of blockbusters, and some flops, out there that include that special day. Here is a selection of films that build up to the big day and beyond for your viewing pleasure.

Down on one knee:

Step 1 on the trip to the wedding day has to be the promise of marriage. so where better to start our list than with The Proposal (2009) to start us off.

A pushy boss forces her young assistant to marry her in order to keep her visa status in the U.S. and avoid deportation to Canada. 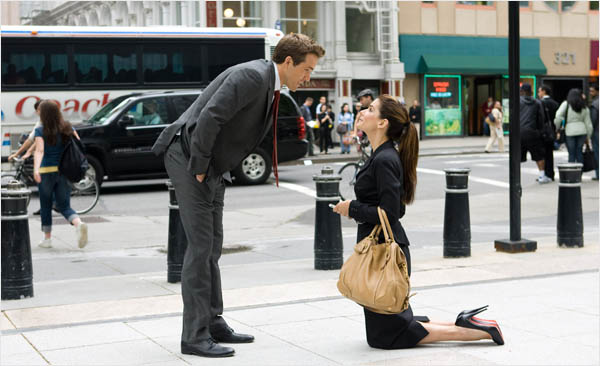 So next on the list of jobs is to plan your wedding, where will it be held, who will be there, what music will play, and so many offer questions, if your lucky you might have the help of The Wedding Planner (2001) to make your job easier. 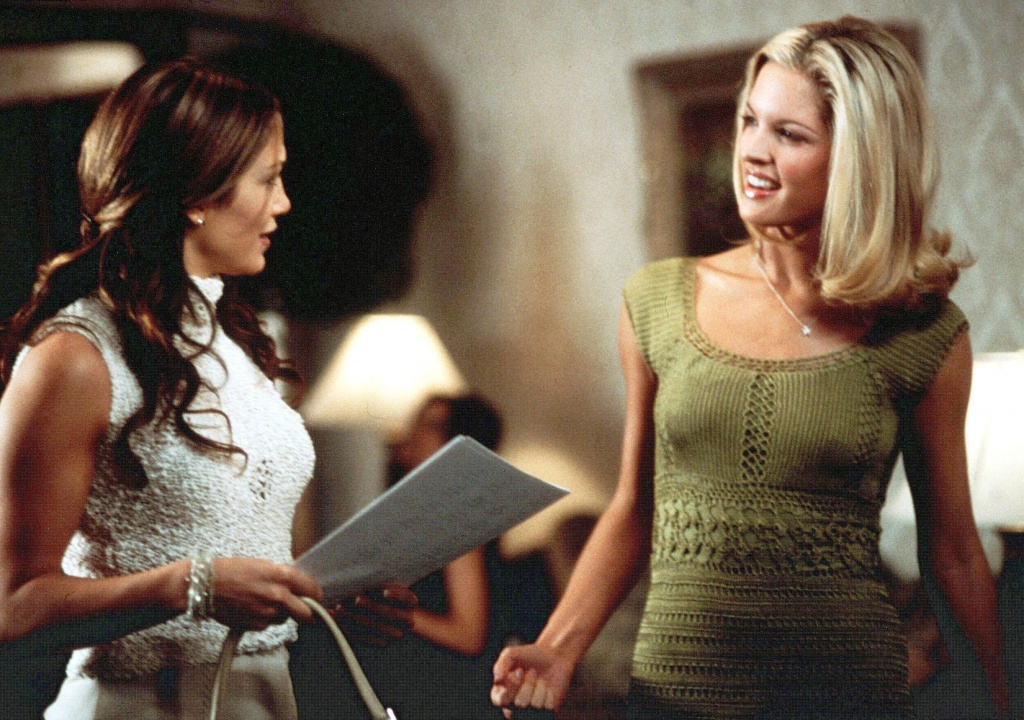 Part oft he wedding planning is sorting the dress. and the dresses that the bridesmaids will be wearing, they need to look good but not distract from the bride. Take your time picking the right dress to suit everyone, you many have to try on 3 or 4 or 27 Dresses (2008) before you get the right one.

After serving as a bridesmaid 27 times, a young woman wrestles with the idea of standing by her sister’s side as her sibling marries the man she’s secretly in love with. 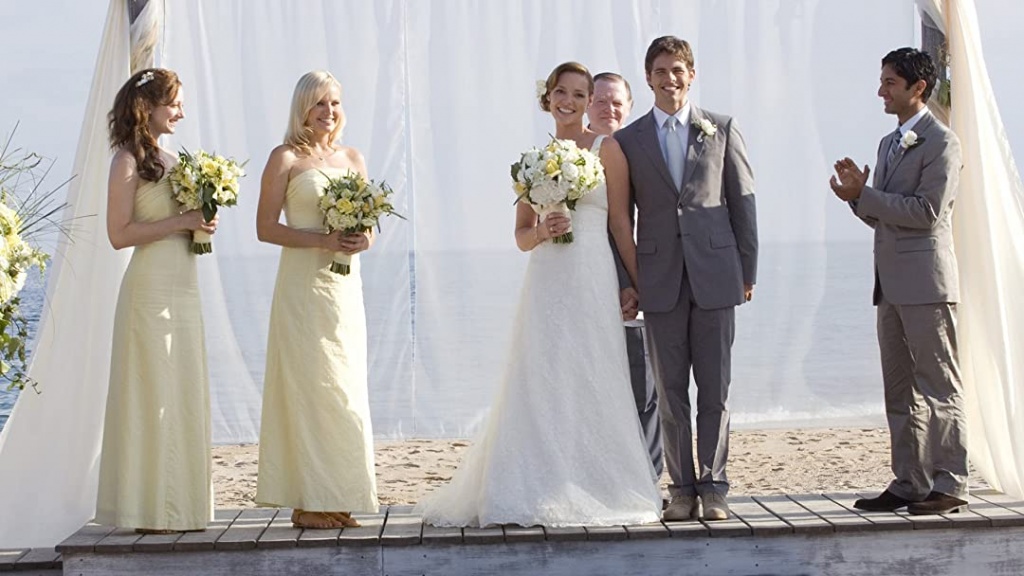 Picking the right bridesmaids is important, how many do you need/want? Bridesmaids you have an important and supportive role to play in the build up to the wedding as well as on the day. So lets give it up to the Bridesmaids (2011).

Competition between the maid of honour and a bridesmaid, over who is the bride’s best friend, threatens to upend the life of an out-of-work pastry chef. 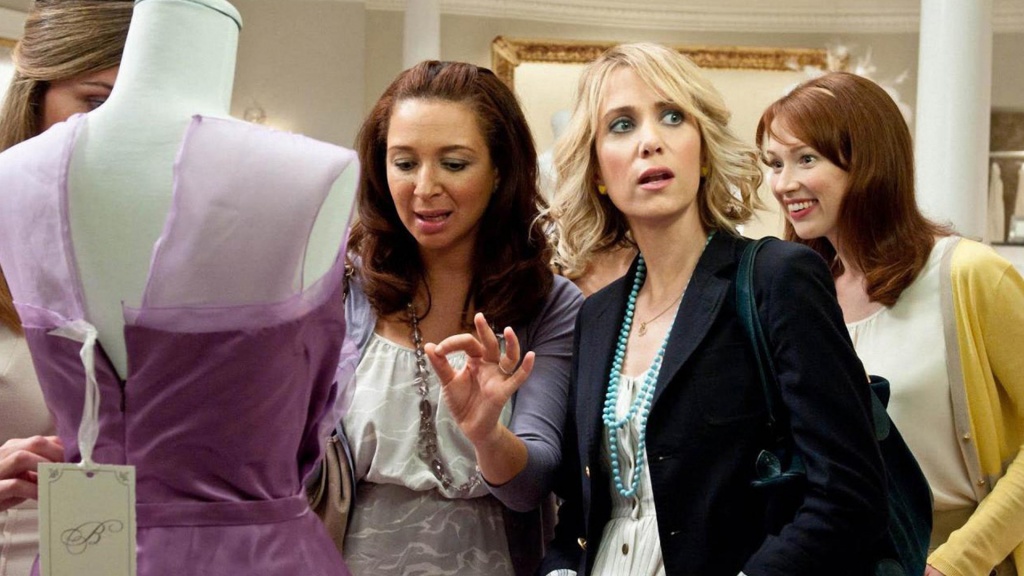 The grooms selection on best man is important, the best man will be responsible for organising the stag do and hold an important role in the wedding. Lets hope the best man doesn’t wake up on the wedding day with The Hangover (2009) from the night before.

Three buddies wake up from a bachelor party in Las Vegas, with no memory of the previous night and the bachelor missing. They make their way around the city in order to find their friend before his wedding. 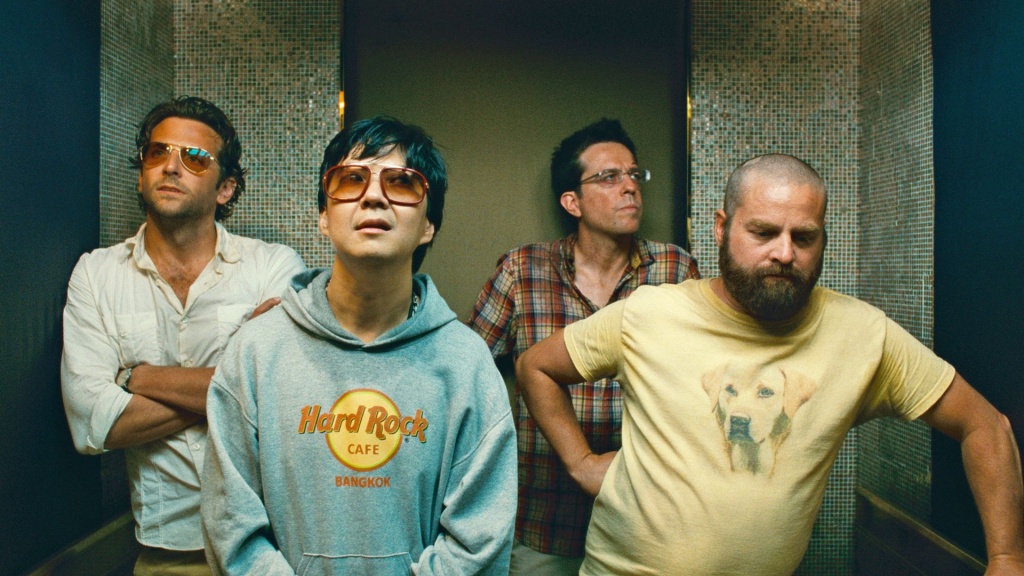 The Father of the bride (1991) has an important role to play in the wedding, he walks the bride down the aisle and gives the bride away. There are also the speeches that he is involved in.

With his oldest daughter’s wedding approaching, a father finds himself reluctant to let go. 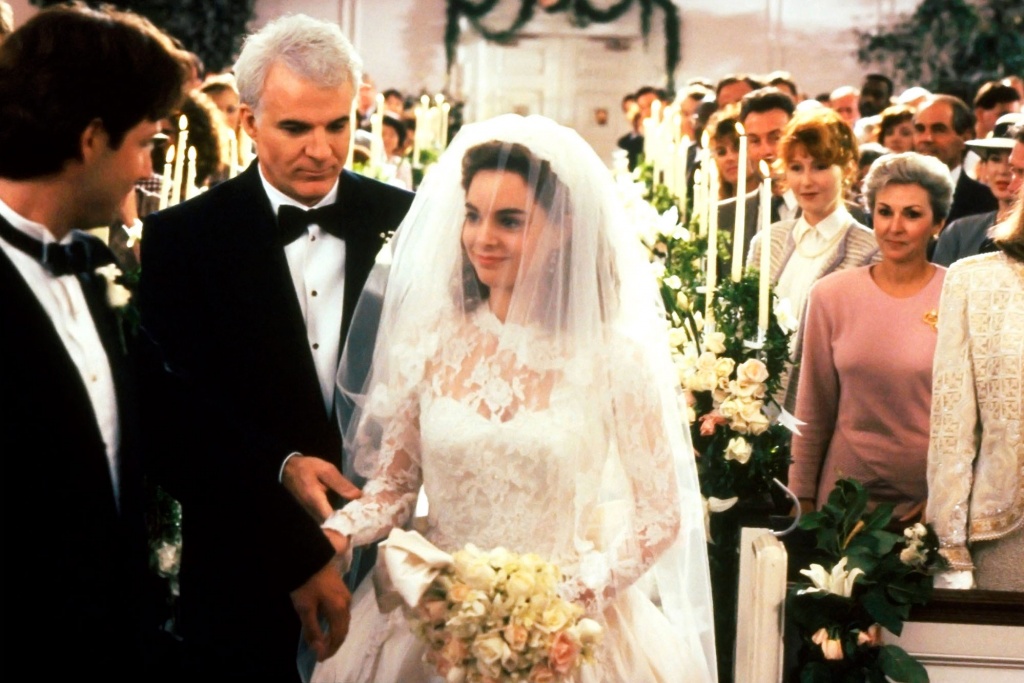 Picking the right first song to dance to is important, it needs to be something that means something to the bride and groom, and has to be the right type of music to dance to. Are you having the DJ or The Wedding Singer (1998) for your wedding.

Robbie, a singer, and Julia, a waitress, are both engaged, but to the wrong people. Fortune intervenes to help them discover each other. 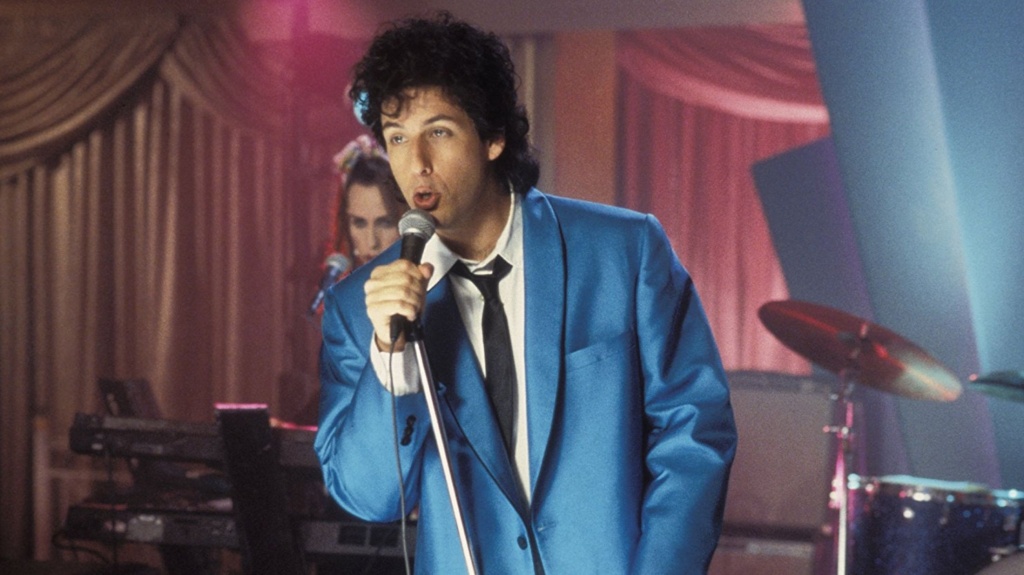 Replying with a plus one then finding your self single, looking at the prospect of ending up on the singles table at the back of the room next to the table of the bride and grooms family friends they had to invite. You might have to find The Wedding Date (2005) for the day.

Single-girl anxiety causes Kat Ellis to hire a male escort to pose as her boyfriend at her sister’s wedding. Her plan, an attempt to dupe her ex-fiancé, who dumped her a couple years prior, proves to be her undoing.. 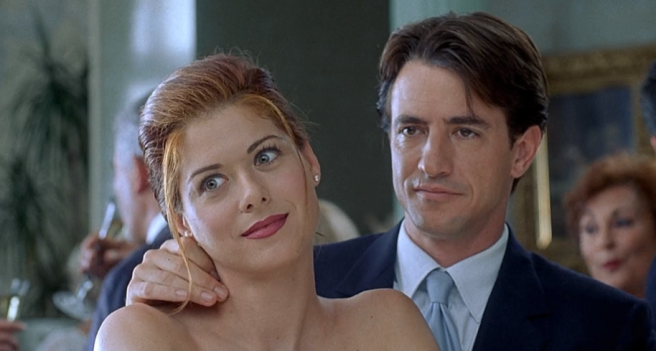 Guest list all sorted, plus ones in, then there’s always the tag alongs. Friends of a guest the extra, we have been seeing each other for a week, plus ones. Watch our for those Wedding Crashers (2005) on your special day.

John Beckwith and Jeremy Grey, a pair of committed womanizers who sneak into weddings to take advantage of the romantic tinge in the air, find themselves at odds with one another when John meets and falls for Claire Cleary. 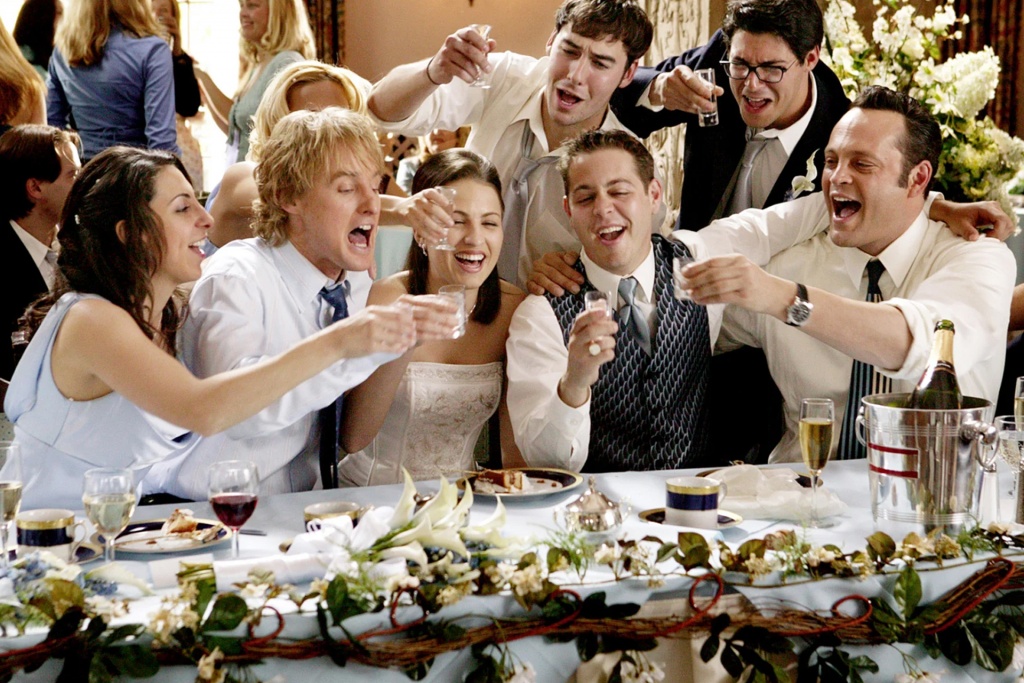 The big day is all over, family and friends have celebrated, its time to start spending the rest of your lives together, so the honeymoon starts, are you going away? Don’t forget to let everyone know that you are Just Married (2003), if they can’t tell already.

A young newlywed couple honeymoon in Europe, where obstacles challenge their ability to sustain the marriage. 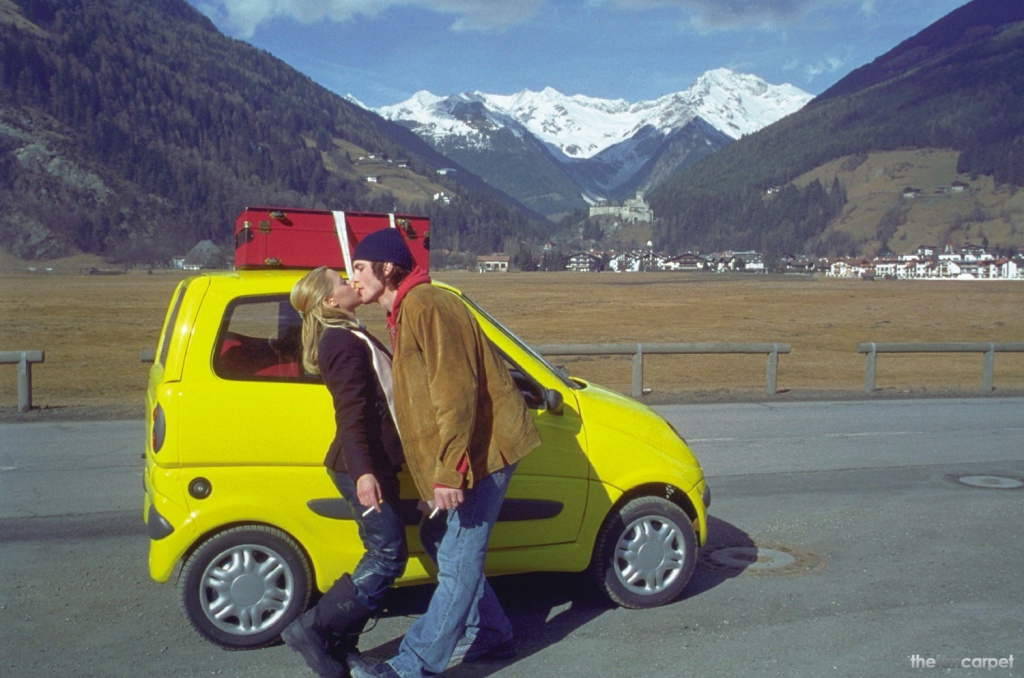 I’m sure that there are plenty more films that need adding to the list, and maybe even a few that need to be removed. What is your favourite wedding film?